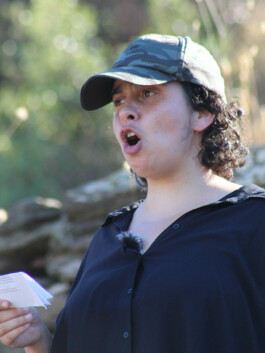 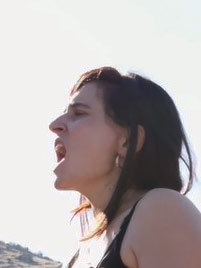 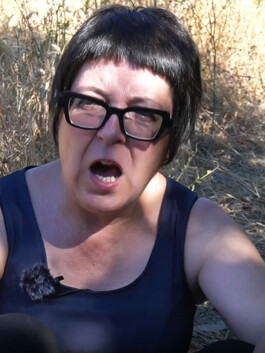 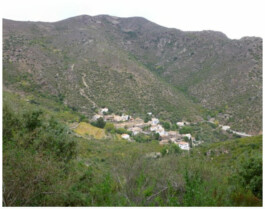 Veu i tapa, 2022 / Performance with three performers and the complicity of the audience. Performers: Joana Capella Buendía, Olga Olivera Tabeni and Laia Ventayol García. Time/place: On the 9th of July during 30 Min. in La Vall de Santa Creu, Girona. This work was conceived in a collective with Joana Capella Buendía at Centre d'Art i Cultura Arbar.

From La Vall de Santa Creu there are three paths going up into the mountains. Each path is covered by one performer that screams one of the vowel sound groups. The audience is standing in silence in the center of the village, in La Plaça de la Font. They receive separately a piece of paper with one of the vowel groups. They follow this sound until they find the performer. Due to the orography of the place sound waves expand, scatter, bounce and reflect on the walls, houses and bushes, which can confuse the most careful listener. When the audience finally finds the performer, they are encouraged to scream along. This group performance deals with the acoustics of the valley, putting into practice our own voices and becoming aware of the materiality of sound waves through the mountains. 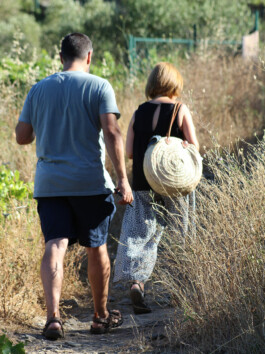 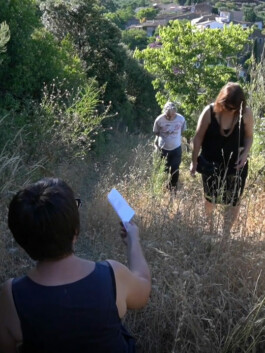 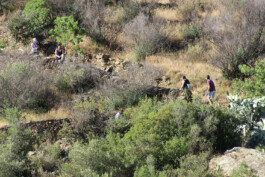