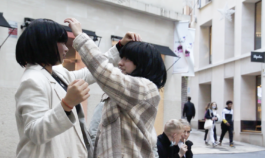 Vigilar i Girar (detour), 2021. During the performance season Erosions at Casal Solleric in Palma de Mallorca.

Making off with Núria Cano and Daniela Pieri.

'Vigilar i Girar (detour)' are multiple and interconnected actions that happen while the audience is walking by. The project is focused on diverting auditive, visual perception and making bodies turn around. Memory comes also into play: Before going on the tour, the audience is encouraged to read a text which mixes different realities to experience on the way, like the daily life of the street or some almost unnoticeable actions that are happening uninterrupted. On the one hand, I work on the scenario in collaboration with different business nearby, such as fashion designer Cortana, or other cultural agents, like poet Laura Torres-Bauzà. In this sense, the private sphere is occupying the street. On the other hand, I discuss with performers different actions that could slightly shift attention, but are still matching the street. For instance, actresses Daniela Pieri and Núria Cano decide to wear a wig and play an euphoria feeling after receiving good news. Then they proceed to turn around the next building to play the role again.

'Els carrers [del Born] són civils. No tenen res de dramàtic': In his book Les Illes from 1970, the catalan writer and journalist Josep Pla wrote this sentence describing the center of Palma de Mallorca and its inhabitants. He meant that there was nothing dramatic about these streets, because of the civic life of these people. Taking the sentence into consideration, I started to think about dramatism in civil life, how ordinary life is also a play. 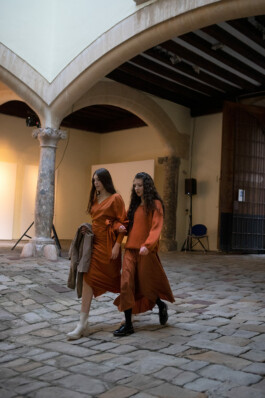 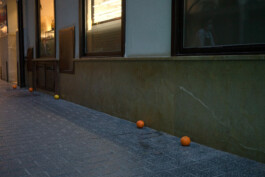 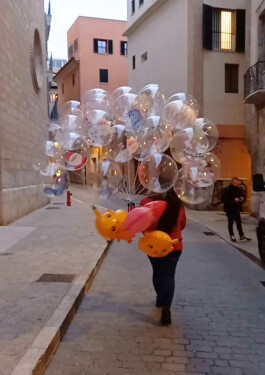 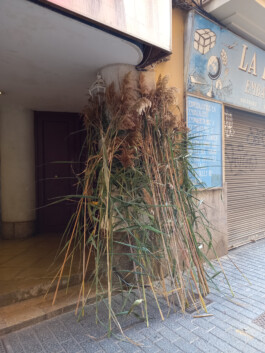 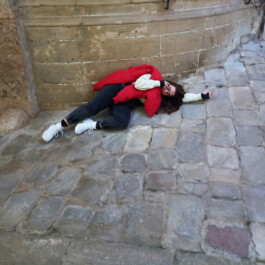 Some impressions by the performers:

Performer #1, falling down because of the pavement: 'Someone at the bar first got worried about me falling down. On the second round she wondered why I was falling on the floor again. At the end she was warning me to be careful not to fall down again'. - Interconnected to P#5 by a call.

Performers #2 #3, an euphoria feeling with wigs: 'On the first round a little girl came to scream together. On a second round someone congratulated us without expecting explanations'.

Performer #5, falling slow-motion by empathy: 'There were no reactions'. - Interconnected to P#1 by a call. 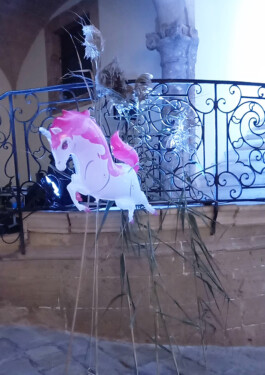